Nobody in their right mind chooses to become a comic. It’s scary, it’s weird and you probably won’t make a lot of money. So why on earth do I call myself a comedian?

I’ve always been an entertainer. When I was a little kid, I used to entertain my parents with a “show” that consisted of me tumbling around the living room until everybody laughed, or until I got sent to my room, whichever came first.

When I was 15 I performed my first stand-up comedy set, which is probably the only cool thing I ever did as a teenager. This was in Trets, France, at a Buddhist spiritual retreat my parents went to. On the last night of the retreat, everyone was incentivized to perform something. Naturally, I chose comedy.

I wrote some jokes the days prior as I only had 3 days to prepare. I felt nervous yet confident in my material. The night came, and the largest conference room in this building was turned into a giant performance room with a stage and at least 200 people. 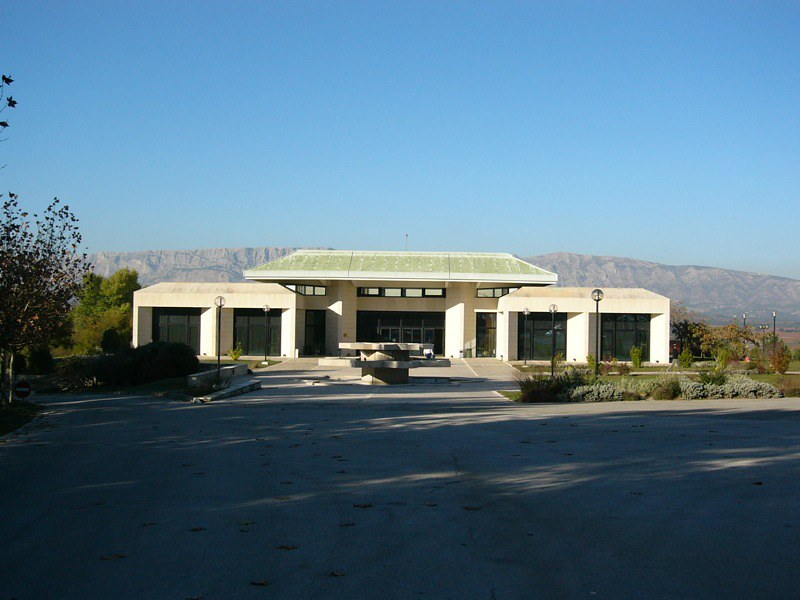 The building where I first performed stand-up comedy

Did my set, killed it.

Was it sympathy laughs? Was it an easy crowd? No, I’m simply that awesome.

Now a grown 27-year old, I was nervous as fuck dude. I was so nervous, I went to the bathroom literately 5 times to take giant dumps. Who would have thought the human body has 5 dumps in it? I knew now.

But after I did my material, my love for comedy sparked up again.

Later that year, after I had moved back to my home country of the Netherlands, I started performing more regularly. Once every four months, then once every month, to once a week. By late 2019, I was performing 3 times a week on average and traveling all over the country to play.

My ambitions in comedy are clear: to perform daily and to make a living doing so. Or if you’re the dramatic type: to have a strong positive impact on people with my words and actions.

To some those ambitions are far out, to others they’re quite small. I think they’re just big enough to keep you interested…